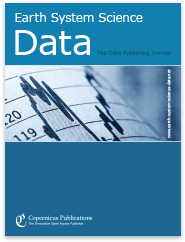 In a paper published today in ESSD, the Copernicus open-access journal providing free access to high-quality research data, researchers at the University of East Anglia (UEA) and the Global Carbon Project reported that carbon emissions from burning fossil fuels and industrial processes did not grow in 2015 and are projected to rise only slightly in 2016, marking three years of almost no growth.

The new data show that emissions growth remained below 1 per cent despite a strong global economy. Prof Corinne Le Quéré, Director of the Tyndall Centre at UEA who led the data analysis, said: "This third year of almost no growth in emissions is unprecedented at a time of strong economic growth. It is possible that the trajectory of global emissions has permanently deviated from the long-term growth trend."

The Global Carbon Budget analysis also shows that, in spite of a lack of growth in fossil fuel emissions, the growth in atmospheric CO2 concentration was a record high in 2015 and could be a record again in 2016, due to weak carbon sinks on land from the hot and dry conditions related to the recent El Niño event. This quantification of global CO2 emissions and their partitioning among the atmosphere, land, and ocean represents a major effort by the research community to assemble, document, and share a unique and challenging combination of measurements, statistical estimates, and analyses of model results, and to provide a measure of their uncertainties.

"We see the global carbon budget setting a good example for other climate data sets such as the new global methane budget appearing in ESSD in the next few days," adds chief editor David Carlson. "The quality of our processes and products and our ability to work successfully with leading data centres provide a very good option to researchers looking to share and publicize their data sets."

The study was presented at a press conference in Marrakech today, at the COP22 UN Climate Change Conference.